This guide provides a background on newspapers in Chicago, where to locate newspapers, general information on historical newspapers and sources for further research
Login to LibApps

Chicago Inter Ocean
The Chicago Inter Ocean was a newspaper of national prominence for most of its existence from 1872 to 1914. In addition to covering local issues the Inter Ocean had reporters far afield chronicling events of national interest such as the Gold Rush in the Black Hills, wars between Native Americans and the US Government, and answering reader queries from as far away as California and New Hampshire. Notably, the Inter Ocean reported on and campaigned against the Ku Klux Klan during much of its existence. Also of note, suffragist Elizabeth Harbert maintained a column titled ‘Women’s Kingdom” for several years in the 1890s. Always a supporter of the Republican Party, the Inter Ocean was published for much of its existence by William Penn Nixon. Other publishers included traction magnate Charles Yerkes, Herman Kohlsaat, and George Wheeler Hinman. While other Chicago papers may have had higher local circulation none were able to match the Inter Ocean’s circulation throughout the Midwest and west in the late 19th century.

Chicago Times (1854-1896)
In the mid to late 19th century the Chicago Times was not only a successful and yet polarizing publication; it was an innovator employing new methods of sensational journalism that would become commonplace in the 20th century. Abrasive and opinionated, publisher Wilbur Storey wanted the Times to be readable and contain stories that would interest the masses leading to coverage of murder, divorce, and robbery cases and reformatting the front page and headlines to be more readable. It should be noted that the Times was not just publishing scandals, the paper employed a foreign correspondent, occasionally took up anti-vice crusades, and, in 1881 published the entire New Testament in one of its editions. Storey was a "Copperhead", a northerner with southern sympathies during the Civil War. While Storey initially supported Abraham Lincoln at the onset of the war (Storey believed the union should be held together), he became enraged when Lincoln issued the Emancipation Proclamation. Storey's subsequent attacks on Lincoln led to the infamous seizure of his paper by Union troops for about 35 hours in 1863. Storey died in 1884 and the Times quickly receded in importance as a Chicago newspaper, finally being merged with the Chicago Herald in 1896 to form the Chicago Times Herald.

Books and Other Published Sources 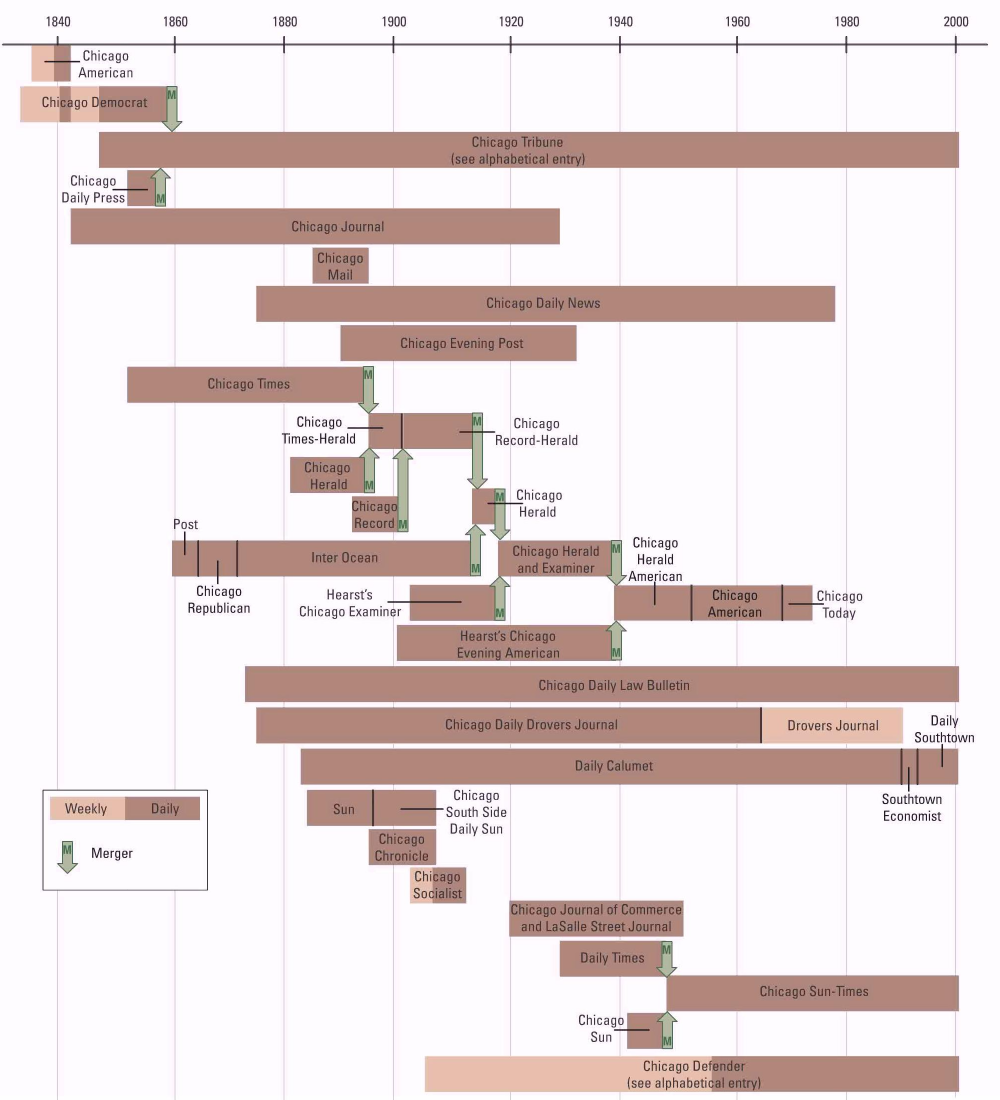